'Everything you always wanted to know about Christianity but were afraid to ask'?

Five clergy, fifteen questions, answers to many of those questions you always wanted to ask.

What do Christians mean when they say Jesus is the Messiah?

A reponse from Reverend Maggie Hindley

Does the NT teach that the Jews killed Jesus?

A response from Reverend Maggie Hindley

Does the church still teach that Christianity has suspended Judaism?

A reponse from Reverend Maggie Hindley

How can God become a human being?

What is the meaning of the Cross?

How do Christians today feel about Jews and Judaism?

What does original sin mean?

How do Christians deal with texts such as “I am the way, the truth and the life”?

What is Black Theology?

What do Christians seek to gain from engaging with Jews?

What lessons have the churches learned from the Holocaust?

How can Three be One? (ie. explain the doctrine of the Trinity)

Do Christians believe Jews are damned?

Why are Catholic priests required to be celibate?

Why do some churches want to have Passover Seder meals? 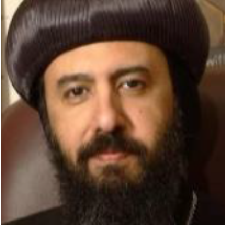 General Bishop of the Coptic Orthodox Church in UK. In 1990 he served as private secretary to Pope Shenouda III in the monastery of St Bishoy in Egypt. His Grace Bishop Angaelos was consecrated a General Bishop in 1999 by His Holiness, the late Pope Shenouda III. His Grace is founder and convener of the Asylum Advocacy Group which works closely in partnership with the All Party Parliamentary Group on International Religious Freedom or Belief. This extensive work has been recognised in His Grace being conferred with the honour of Officer of the Most Excellent Order of the British Empire by Her Majesty the Queen, for ‘Services to International Religious Freedom’. 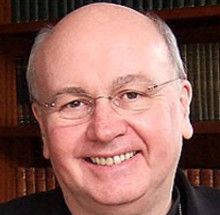 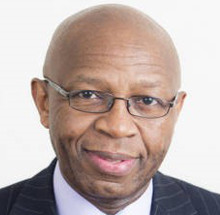 Director of Respect Enterprises Ltd. Joe Aldred is responsible for Pentecostal and Multicultural Relations at Churches Together in England and Honorary Research Fellow at the University of Roehampton. Past posts include regional bishop, pastor, and director of the Centre for Black and White Christian Partnership, NHS Primary Care Trust Chairman, and chair of the Council of Black Led Churches. Joe is author/editor of several books and articles including ‘Thinking outside the box – on race, faith and life’ (Hansib 2013), and most recently, ‘From Top Mountain – An Autobiography’. 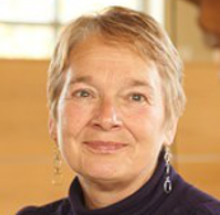 Co-Director of the London Inter Faith Centre. She is also the minister of St Andrew’s United Reformed Church and Inter Faith Adviser to Thames North Synod. 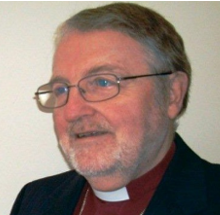 Honorary Assistant Bishop & Interfaith Advisor (Norfolk). Bishop David Gillett was the Bishop of Bolton for 9 years, and before that for 11 years was Principal of Trinity Theological College in Bristol, where priests for the Church of England are trained. Since retirement he has lived in Norfolk where he is an honorary assistant bishop and interfaith adviser. He is also a Trustee of CCJ.

Disclaimer:
Each Christian leader contributing is speaking as an individual.
Their views are not necessarily representative of their movements or of CCJ.