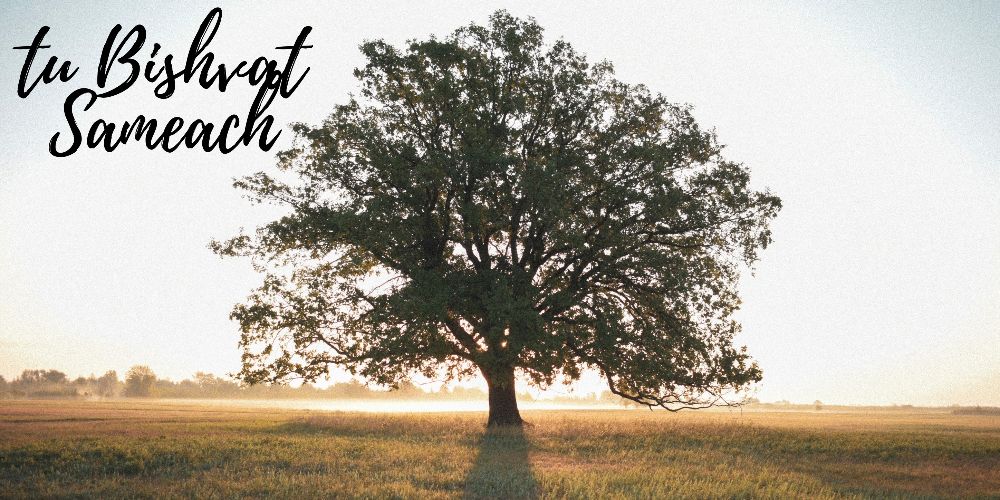 Tu Bishvat, which Jews observed on Monday this week, heralds the Jewish new year for all produce, for the environment in which we live and to which we owe a great and ancient responsibility.

There are two profound statements made in Genesis which pertain to the relationship between human beings and the land.

God blessed them and God said to them, “Be fertile and increase, fill the earth and master it; and rule the fish of the sea, the birds of the sky, and all the living things that creep on earth.”

God said, “See, I give you every seed-bearing plant that is upon all the earth, and every tree that has seed-bearing fruit; they shall be yours for food.

In the first chapter’s telling of creation, human beings feature at the climax of the divine creation of all living things. They respond to the earth as a resource, as a kingdom of their own to conquer and exploit.

The LORD God took the man and placed him in the garden of Eden, to till it and tend it.

And the LORD God commanded the man, saying, “Of every tree of the garden you are free to eat;

but as for the tree of knowledge of good and bad, you must not eat of it; for as soon as you eat of it, you shall die.”

In the second chapter a subtle change takes place. G-d places the human within the garden of Eden to “till it and tend it”. The relationship is symbiotic here, an equal and opposite use; investment in the environment is introduced. It is this chapter which places limits on the appetites of the first human being, demanding they restrain themselves from one tree. The mastering of the earth is capped. Not all that is places in the Garden of Eden is for consumption, there is a form of consumption which transgresses the divine decree.

It is within this second chapter of Genesis where the relationships between G-d, man, woman, and the environment are explored. Not just what is, but what ought to be, and what ought not to be.

In this paradigm, the ‘other’ is initiated. The next verse reads:

The LORD God said, “It is not good for the human to be alone; I will make a fitting helper for him.”

It is this need to give, to care, and to invest in the environment from which one benefits which is juxtaposed with the creation of the archetypal ‘other'. A similar idea can be discovered in the biblical commandment of shmita - the seventh year. This seventh year re-sets the order of the agricultural and financial world. Jews are forbidden from working their land, a reminder that the land is but a loan from G-d.

A respect for reciprocity is at the forefront of Jewish environmentalism, understanding that our rights and responsibilities come hand in hand, and that the earth does not exist to serve the needs of man alone, it exists also for its own sake, for the sake of beauty and knowledge. The divine decree to limit human profiteering sits in the centre of the garden of Eden. This Tu Bishvat, the new year of the environment must also mark a relationship between human beings and their surrounding planet which cherishes not only the substance, but the symbiosis, of our ecosystem.