The Meanings of Matzah: a Reflection by Avigail Simmonds-Rosten 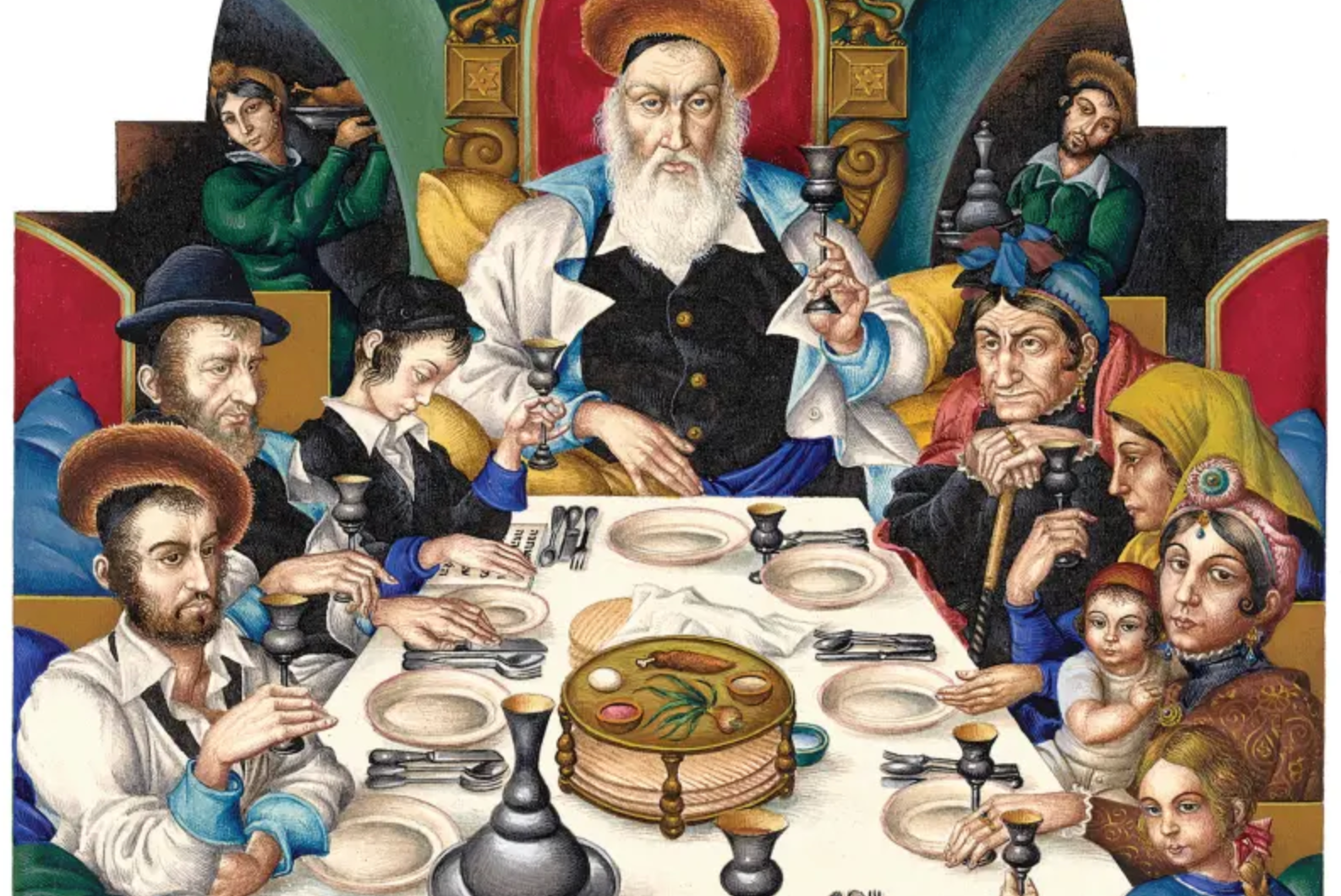 Over the festival of Pesach many Jews removed leavened bread (Chametz) from their homes, and instead consume Matzah (unleavened flat bread) for eight days. Many reasons and symbolisms are offered to explain this dramatic change.

The first explanation is found in Exodus 12:39

And they baked unleavened cakes of the dough that they had taken out of Egypt, for it was not leavened, since they had been driven out of Egypt and could not delay; nor had they prepared any provisions for themselves.

Here, the exodus rush appears to be the reason. Therefore, Jews eat Matzah to relive the experience of a sudden and hurried exodus. On the flip side, since they had no time to allow the bread to rise, the instruction to abolish leavened bread is put into place. This common theme of experiential learning aligns with the underpinning pedagogy of Seder Night. The obligation to relay the experience of exodus is not to talk of a distant past, but of a moment of personal memory, so it reads in the Mishna Pesachim 10:5:

In every generation a person must regard themselves as though they personally had gone out of Egypt, as it is said: “And you shall tell your child in that day, saying: ‘It is because of what the Lord did for me when I came forth out of Egypt.’”

However, it is not simply the reliving of history which inspires the swapping of this staple food. For it is a much more stringent commandment that usual, with more severe consequences attached.

Seven days you shall eat unleavened bread; on the very first day you shall remove leaven from your houses, for whoever eats leavened bread from the first day to the seventh day, that person shall be cut off from Israel.

No leaven shall be found in your houses for seven days. For whoever eats what is leavened, that person—whether a stranger or a citizen of the country—shall be cut off from the community of Israel.

The biblical punishment of being ‘cut off’ is considered more severe, by some Jewish biblical commentators, than the death penalty, and is often viewed as a response to an individual’s reticence to be a member of the community. So why eating Chametz (leavened bread) over Pesach deserving of such a drastic measure? There are many other festivals which also draw upon national historical experience, Sukkot for example, which do not carry such a burden.

One answer offered is the extent to which this festival itself inaugurates the existence of the people of Israel, those who continue into the desert to receive the Torah, and consecrate a covenant with G-d. The redemption from Egypt is mentioned every day is prayer, it is stated as prologue to the very first commandment, and it is the most invoked reason for laws received throughout the Five Books of Moses. Exodus is the moment the Jewish people become a nation, and their very experience of nationhood is defined by their presence as the stranger in a strange land; as slaves. Refusal to recognise this, is refusal to commit to one’s religious or national identity, and the ‘cut off’ is not so much a punishment as it is a consequence of one’s choice to opt out of the founding moment of peoplehood which the Exodus represents. It is this reason which is articulated by Rabbeinu Bahya on Exodus 13:3

This is the mystical dimension of the prohibition of eating Chametz. This explains why the Torah reserves the karet [cut off] penalty for anyone who deliberately violates this commandment. Eating Chametz on Passover is equivalent to a serious act of heresy, denial of Jewish history; as such the person who does so has read themselves out of their people, so to speak.

Another interpretation of Chametz, is connected to its status as a ‘high’ bread, an inflated, or arrogant, bread. Nachmanides  (c.1246 - c.1286 CE) treats Chametz as incapsulating the harsher concept of ‘Judgement’ as opposed to mercy (Leviticus 23:17) . He explains that the usual prohibition of bringing leavened things as an offering could be in light of this unwise reference to strict judgment before G-d. We may perhaps extend this understanding. If Chametz is harsh, a symbol of Judgement, not mercy, perhaps the instruction to remove it is more expansive that we at first might imagine. Rabbeinu Bachya ben Asher (c.1290 - c.1340 CE), wrote about the several levels of prohibition with regard to Chametz - to own, see, and to find it - as corresponding to deeper examinations of human qualities. Passover section 1:

teaching you that the prohibition of chametz incorporates all the mitzvot (commandments)... Just as the 'kabbalah' comes (instructing us) to eradicate chametz and (livdok) to check the house in nooks and in cracks, so too we are obligated to search and check the chambers of our inner being for bad intentions and bad thoughts. Just as bedikat chametz (checking for chametz) is not valid by sunlight, nor by moonlight, nor by the light of a torch, but only by the light of a candle, so too the bedikah (checking) of the yetzer hara (evil inclination) must be by the light of the neshama (soul) which is called 'ner' (candle), this is what is written (Proverbs 20:27) "the candle of Hashem (G-d) is the soul of man, which searches the chambers of one's inner being…

The search for and removal of Chametz prior to Pesach is, within this kabbalistic paradigm, a purge of one’s own soul, an accounting of what one consumes and what one allows to occupy space within oneself. The Matzah takes it’s place, with mercy, simplicity and humility.

In conclusion, perhaps these two understandings, the historical and the mystical are not so different. When on seder night, Jews point to the Matzah on their table and say:

This is the bread of affliction that our ancestors ate in the land of Egypt.

Now we are here, next year we will be in the land of Israel;

this year we are slaves, next year we will be free people.

The Hagaddah (guide to the Seder meal) merges these messages. The bread of the poor is also an invitation to the poor; the bread of affliction is also a prayer for freedom. Matzah is a reminder of exodus, and the exodus story itself is a summons Israel in the collective mission of righteousness. This history of slavery calls Jews, personally and collectively, to examine the meaning of their liberty, to invest in the freedom of others, and to dream of ultimate redemption.