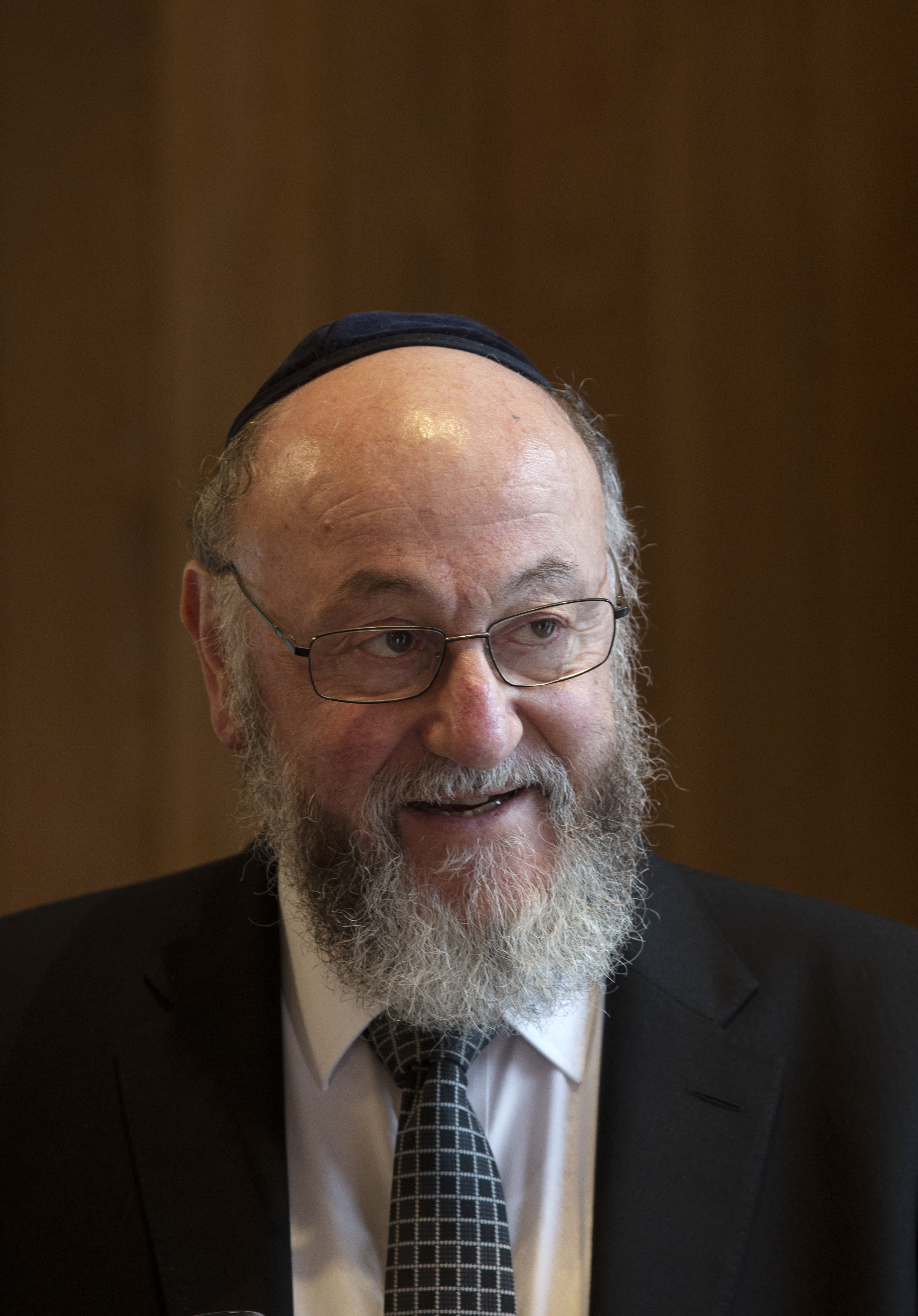 by the Chief Rabbi to the United Hebrew Congregations of the Commonwealth, Ephraim Mirvis

Lord Lieutenant, Bishops of Oxford, Dorchester and Lichfield, and Auxiliary Bishop of Birmingham Emeritus, rabbis and imams, distinguished guests, ladies and gentlemen, what a glorious, special and amazing occasion this is! The warmth, the sense of unity and of friendship is just so palpable, and I’d like to congratulate those who conceived of the idea, those who have delivered it, those who have brought it to reality, and it certainly is a historic occasion here in Oxford today. In Jewish history, medieval England is well known for a number of firsts, but all for the wrong reasons. In 1144, when William of Norwich was missing, this became the first country in which there was a blood libel against the Jews. Many others followed, and many, many others in other countries as well. And then in 1222, which we are commemorating today, as a result of the Synod of Oxford, Jews were forced to wear an identification badge and this sign of shame, of degradation, was repeated time and again through Europe, including of course, the yellow Star of David badge which Jews were forced to wear in Europe during the Holocaust. In 1290, there was another first. Under Edward I, the Jews were expelled from this country.

But roll on many centuries, you will arrive at 1942, where this became the very first country in which a formal organisation was established, whereby Jews and Christians could engage in constructive and harmonious debate, learning and discussion, to build fresh bridges for the future. It was then that the Archbishop of Canterbury, William Temple and Chief Rabbi Joseph Hertz established the Council of Christians and Jews. Ever since that time, many other councils of a similar nature have been established around the world, including the International Council of Christians and Jews, and many other organisations dedicated and committed to interfaith activity all going back to that original first, established here in this country. And thanks to CCJ, during the past eighty years, so much magnificent work has been carried out, so many activities and events, so many statements, so many actions. It comes to mind immediately as being the response, the wonderful response in this country to Nostra Aetate in 1965, the way in which thirty years ago, Archbishop of Canterbury, George Kerry became the first archbishop in a hundred and fifty years to refuse to become the patron of the church’s ministry to the Jews. How just three years ago, in 2019, Archbishop of Canterbury, Justin Welby published God’s Unfailing Word, which is such a significant way forward for all of us. Earlier this year, in Winchester, the unveiling of that amazing statue to Licoricia of Winchester. And now, this event today, so much to celebrate. If there is a verse of the Bible which comes to mind right now, it is Psalms 133, verse 1: hinei ma tov uma na’im shevet achim gam yachad – ‘behold, how pleasant it is when brothers and sisters come together in a spirit of unity’. That is the mood, that is the tone of today’s wonderful event.

But let me pose the question to you: Why both terms? Tov and na’im – how good and pleasant it is. If it is good, then it must be pleasant; if it is pleasant, it must be good?! But actually, that is not necessarily the case. I can think of certain things which are good, but they might not be pleasant, such as medical procedures. I can think of many activities which are really pleasant, but certainly not good. But when people come together in a spirit of unity and togetherness with enormous warmth, it is good and it is pleasant. There is no downside. There is no weakness in it, it is brilliant, it is wonderful, without exception and that is the tone, that is the mood and that is the atmosphere of today’s wonderful event.

Let us ensure that together we will fight for freedom of religious expression and identity in a world in which there are many who want to weaken the place of religion in the public square. Let us resolve to guarantee today that we will strengthen our Judaeo-Christian values which are the bedrock of our society and civilisation, for the sake of strengthening not just Jewish-Christian relations but through everything we do in the future, may our work lead to a more harmonious and better world.

May God bless you all.