Victory and the Memory of Liberation: What can the 75th anniversary of VE Day teach us about the future of Holocaust remembrance?

When war came to an end in Europe in May 1945, 75 years ago, the Revd Leslie Skinner, a Methodist minister and chaplain to a British tank regiment, recorded in his diary that he was ‘too tired and cold to care. Stayed in bed. Slept miserably.’ Skinner’s friend and commanding officer, Stanley Christopherson, wrote: ‘My first reaction was a feeling of profound relief, followed by an indescribable exhilaration, and finally a sorrowful longing for all those special friends no longer with us, with whom I wished so much to share this moment.’ 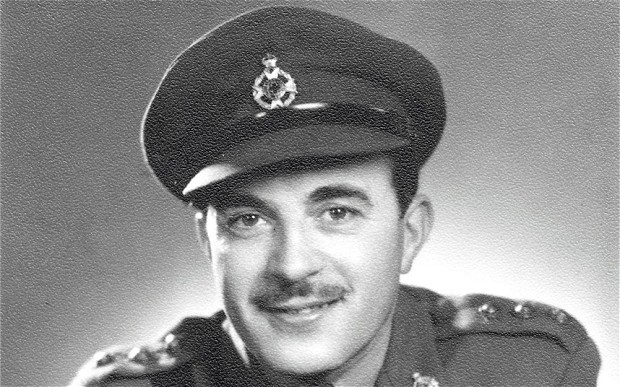 Between them Skinner and Christopherson captured the apparently conflicting combination of emotions with which VE Day was greeted by those who had fought through six long years of war: the exhilaration and the exhaustion. Alongside the celebration of ultimate victory and the liberation of Europe there was the grief for all that had been lost and a helplessness in the face of the trauma which had been experienced along the way.

One trauma which would have perhaps lingered in the memory of a chaplain like the Revd Leslie Skinner was the experience of visiting the liberated Sandbostel camp. Sandbostel, formerly a prisoner of war camp, held thousands of survivors of the Neuengamme concentration camp, transported there as the German armies retreated. Skinner recorded the scene in his diary: ‘Indescribably awful’, he wrote.

Just as the celebration of the first VE Day was bound up with memories of loss and destruction, so for us the 75th anniversary of VE Day comes soon after our commemorations of the 75th anniversaries of the liberation of the concentration camps: Auschwitz-Birkenau on 27 January, Bergen-Belsen on 15 April, Dachau on 29 April. Soviet troops would not enter Theresienstadt until the day after VE Day on 9 May. The celebration of VE Day is then bound up with our knowledge of the destruction of the Second World War, and particularly the genocide of the Jews of Europe. Whilst VE Day ended the conflict in Europe, for the survivors of European Jewry peace brought further insecurity as the challenge of rebuilding life, home, and family came startlingly face to face with the realities of Displaced Persons camps, the grief of tracing lost relatives, and the intransigence of British immigration policy in relation to Zionism and Mandate Palestine.

How, then, can we remember VE Day 75 years on? Socially-distanced street parties, bunting, and Vera Lynn all have their place, I think. But, for me, each anniversary of a major event of the Second World War is also a sad reminder of the dwindling numbers of eyewitnesses who can share their experiences first hand with those of us who have lived only with books, films, and second-hand memories. This Holocaust Memorial Day we were consistently reminded that this would be the last major anniversary with large numbers of survivors who could tell their stories. We are passing from memory into history. Listening at the feet of a witness—as their eyes betray the memories both poignant and painful—will soon no longer be possible, and this reality has a bearing on how we remember and commemorate in the future.

Alumni of CCJ’s annual Yad Vashem seminar for Christian clergy and church leaders are already demonstrating how to lead the next generation in Holocaust commemoration and remembrance. Jackie, a cathedral Education Officer, has for the past two years organised an interfaith walk on Holocaust Memorial Day between her local synagogue and the cathedral; Megan, a Catholic youth worker, has gone into schools to encourage young people to reflect on the relationship between Christianity, Judaism, the Holocaust, and the calling to be a ‘Promise Keeper’; Jeff, a diocesan Director of Education, led 37,000 primary school children in a special prayer for Holocaust Memorial Day 2020. Assemblies, sermons, art installations, and pilgrimages to museums and memorials are all meaningful ways in which church leaders put into practice their learning with CCJ and Yad Vashem and share with their communities the true stories of the people who experienced the Holocaust. Such stories include that of Hungarian survivor Hananya Schoenfeld whose only surviving photograph of his two daughters was donated to Yad Vashem in 1956 and was shared by a CCJ Yad Vashem alumna with a Methodist congregation in Lincolnshire on Holocaust Memorial Day.

At the heart of this work of education and commemoration is therefore the lived experiences of those whom we remember: not just their deaths, but their lives and words too, the voices of men like Leslie Skinner and Stanley Christopherson who wrote of the experience of landing on the Normandy beaches on 6 June 1944; who shared their testimony of the liberation of a Nazi concentration camp; and who wrote sparingly and movingly of the reality of victory 75 years ago. Alongside their words, Holocaust commemoration can place the voices of those whom they encountered at Sandbostel and on the roads into Germany in 1945: Jews who were the last remnant of millions of people who loved, hurt, laughed, wrote, sang, played, grieved, and lived in the places we too call home. Their lives can still be remembered, even when they are not here themselves to tell their own stories. In fact, it is their stories which are now our duty to tell in the 75 years ahead. This will not just be an appropriate way to commemorate victory in Europe in the future, but it will also be an act of stewardship in memory of the pain of liberation and in our continued pursuit of peace.